Your Words Are Like Orders Placed With The Universe

The Power of the Spoken Word

Most people have no idea of the power of their spoken words.  Your words are magnetic affirmations that draw to you the very things you talk about.  This is because the words you speak are simply a mirror of your thoughts and beliefs, and these are what define your point of attraction.  Much like how emotion increases the creative power of your thoughts so does saying them out loud.   What you speak reinforces, and therefore amplifies, the underlying thought and accelerates its manifestation

Your words will not cause instant manifestations of what you talk about, but the more often you say them, the more well-defined and less contradicted your thoughts and ideas become, and the sooner they will be manifested.

This idea is echoed in the following statement made by Mike Dooley in his highly recommended book Infinite Possibilities.

Your words are simply your thoughts out loud, making them the ones that will become things the soonest.

Emotion is part of the reason words are so powerful — the thoughts we choose to say out loud are often the ones we feel most strongly about making them very powerful attractors.

Hence, one of the golden rules of deliberate creation is...

Ensure that every word you speak, write, or think is as positive as possible for best results.

Pitfall - Talking About What You Don't Like, Don't Want, or Fear

Complaining is one of the most obvious forms of miscreative speaking.  It is the habit of talking about your problems and what you don't like or don't want.  Complaining is similar to worrying in that you're focusing on what you don't want rather than what you do, which, of course, by the Law of Attraction, only serves to maintain, or attract, more of the very things you are complaining about.

This sentiment is echoed in the following statement made by Rita Schiano, a succesful motivational and inspirational speaker.

Talking about our problems and fears is our greatest addiction. Break the habit. Talk about your dreams and joys.

Vetting Your Thoughts and Beliefs by Monitoring Your Words

The strong correlation between our thoughts and what we talk about is a good thing because it gives us an easy way to catch ourselves thinking negatively.

It is nearly impossible to monitor our thoughts because most of them arise unconsciously, and there are a whole lot of them.  It's far easier to monitor what we say because we utter our thoughts out loud only occasionally.   It's not that difficult to build a habit of noticing the words you are speaking and reflecting on the underlying thought and beliefs they represent.

Armed with an understanding of the elements and principles of deliberate creation, if you just start paying attention to what you are saying, anything negative or miscreative will stand out like a sore thumb.  This will give you the opportunity to adjust your words and your underlying thinking, as well as potentially identify a core limiting belief that isn't serving you, allowing you to remove or replace it.  To dive deeper into the extremely important topic of beliefs check out my Law of Attraction Pearl of Wisdom #9 Your Beliefs Shape Your Reality.

Deliberately Speaking About Your Hopes, Dreams, and Desires

The words you speak spontaneously in conversation are often spewed out nearly unconsciously, and, because of this, they certainly reflect your existing thoughts and beliefs.    But you can also intentionally and deliberately speak, both during conversation with others and to yourself during private moments.

During conversations with others, deliberately share your positive expectations of situations working out in your favor, of your future, and of attaining your dreams and desires.  Share them with people you know are positive and will be encouraging.  If you encounter naysayers, who want to rain on your parade, just remind yourself they are unaware we are creators and we exist in a field of infinite possibilities, and ignore them.

During private moments, deliberately and passionately talk to yourself and the Universe about your positive visions of yourself, your future, and the attainment of your dreams and desires.   This process is called affirmations and is a great tool that can be used regularly to put your focus on your highest aspirations and expectations, thereby making them your predominant point of attraction.

Positive affirmations help your situation improve quickly. Only think and speak about your desires, do not affirm your fears.

Affirmations are simply statements that you repeatedly say to yourself.    By repeatedly saying what you want to experience or what you want to be, preferably as if it has already happened, you are reinforcing those thoughts and making them more powerful attractors.   Speak with great conviction and passion and listen to yourself as if you were listening to a higher authority telling you about the way your life already is.    Don't just use canned affirmations that others suggest. Personalize them or create your own so they have deep personal meaning to you.

Affirmations not only amplify your point of attraction, but they can also help to erode limiting beliefs, and install entirely new ones.  Replacing limiting beliefs with empowering ones is essential because your beliefs shape your thoughts.  Again, check out my Law of Attraction Pearl of Wisdom #9 Your Beliefs Shape Your Reality to explore this more deeply.

A Personal Example of Using Affirmations

When I decided to start writing about spirituality and metaphysics, it seemed like a very unlikely direction for me.   Being a writer and author seemed improbable because English and grammar had always been my worst subject in school.   A part of me certainly held the belief that I had no talent for writing and that I'd be a crappy writer.   But I had a burning passion for sharing these new ideas that my mind had just opened up to and was determined to forge ahead.

I knew I had better do affirmations to counter my belief that I couldn't/wouldn't be a good writer.   Instead of starting with an affirmation like 'I am a great writer and a successful and prosperous author', which might have been too big of a leap in terms of believability, I decided to use the bridging technique suggested in the book The Law of Attraction: The Basics of the Teachings of Abraham.

So as a part of my regular affirmations sessions, I started by telling myself 'Writing is a learnable skill.   Anyone can learn to write reasonably well, including me.    Study and practice is all that are required.'   As I began to feel confident that I could indeed learn to be a good writer, I then started telling myself, 'I am a great writer and a successful and prosperous author' as well as envisioning my successful blog and books.   This part of my life is still a work in progress, but it certainly seems like my affirmations and envisioning are helping because things are starting to take off in this area.

There is so much more one could say about affirmations.   To dive deeper into this subject I highly recommend the book The Power of Affirmations & The Secret to Their Success.

Putting It All Together

To maximize the power of your spoken words, and take your powers of creation to the next level, follow these four rules;

More power to you! 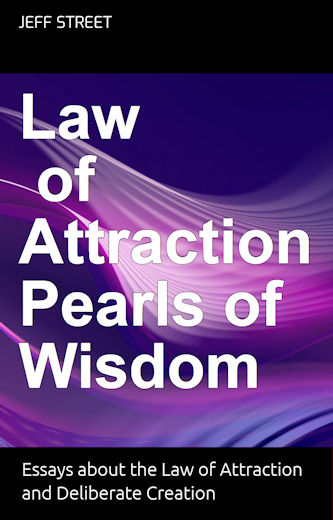 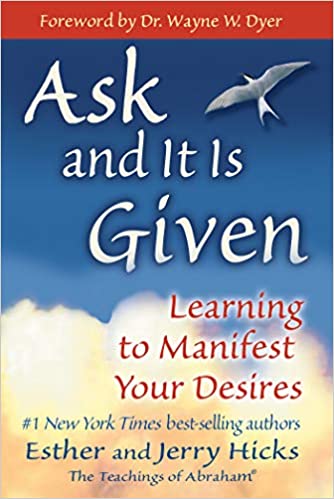 true
The Power of the Spoken Word
Voicing your intentions and desires out loud can immensely amplify your manifestational power if applied correctly, sadly it often is not. Here's how to use the spoken word deliberately and effectively.
read more
true
Action Speaks Louder Than Words
This Law of Attraction Pearl of Wisdom focuses on the creational element that is essential to manifestation in our physical reality yet not in the way you think, and because of it is overused by many.
read more
true
Introduction to Law of Attraction Pearls of Wisdom
Why I'm sharing these pearls of manifestation wisdom...
read more
No items found.